Does Whey Protein Have All 9 Essential Amino Acids?

Whey provides all of the necessary amino acids or EAAs that your body needs but cannot produce. Each of the nine EAAs has a specific purpose in the body. It’s critical to consume enough EAAs every day, especially if you aim to gain or maintain lean muscle mass. According to the University of Illinois McKinley Health Center, whey protein is widely acknowledged as safe, but you should still see your doctor before using whey supplements.

What Exactly Is Whey Protein?

Whey protein is derived from cow’s milk and goes through numerous manufacturing stages before being sold as a powder, bar, or pre-mixed drink. During these steps, it maintains its amino acid profile. There are over 20 dietary amino acids, which are the building blocks of protein. Your kidneys, liver, pancreas produce the majority of these amino acids, and other organs, but EAAs are not. Whey has the highest biological value (BV) of any protein, which means the EAAs are absorbed and utilized by your body more efficiently than other protein sources.

What Are BCAAs (Branched-Chain Amino Acids)?

Branched-chain amino acids, or BCAAs, are a particularly significant group of EAAs for bodybuilders and anybody trying to grow and maintain muscular growth. According to the United States Dairy Council, whey protein has the greatest concentration of BCAAs of any dietary protein source, with roughly 26 g of BCAAs per 100 g of protein. Leucine, isoleucine, and valine are the three BCAAs. BCAAs have been shown to have a direct influence on muscle development and the preservation of existing lean muscular tissue.

What is the Amino Acid Profile of Whey Protein?

Whey protein concentrate, or WPC, is a typical whey supplement containing roughly 80% whey protein by weight. It has the necessary amino acid profile shown below, calculated in milligrams per gram of protein.

According to the United States Dairy Council, EAAs account for more than 60% of total protein in whey.

When a protein has enough of each EAA in proportion to its overall amino-acid composition, it is considered complete. The fundamental benefit of animal proteins is that they are almost always complete.

For example, for those who consume beef protein powders, you would think they’re derived from the flesh or from the animal’s muscles, but most are really derived from collagen boiled from the skin, bones, and other connective tissues of the animal. Dietary collagen isn’t worthless; it’s been found to help with skin and joint health, and it’s likely to help with bone health as well; nevertheless, it isn’t a complete protein. It’s high in glycine and proline but low in BCAAs, so it’s not a great primary source of protein and probably won’t help you develop muscle.

In contrast, most plant proteins are incomplete, but the proteins in soy, pea, and rice, according to the table above, are almost complete: rice is low in lysine, while soy and pea are high in methionine. Incomplete proteins may, of course, complement one other, and this is true of both diets and supplements. A 70:30 pea: rice protein mixture has an amino acid profile comparable to whey.

Soy is still the most common vegan protein powder source, even though pea and rice are becoming more popular on their own and in combination, on the Amino Acid Digestibility-Corrected Protein Digestibility Score.

What Is Whey Protein Bioavailability?

Proteins are rated based on nitrogen measurements using Biological Value (BV), Net Protein Utilisation (NPU), and Nitrogen Balance (NB). They assess how much protein was excreted by measuring how much nitrogen people expelled and comparing it to how much protein was consumed. They determine the protein’s bioavailability in this way.

Despite being antiquated, the BV scale is still in use today, but largely in promotional materials and the media. The Protein Digestibility Corrected Amino Acid Score (PDCAAS) is the current official scale, which considers a protein’s bioavailability and its amino acid profile and is widely used by the FDA.

What are the Health Benefits of Whey Protein? 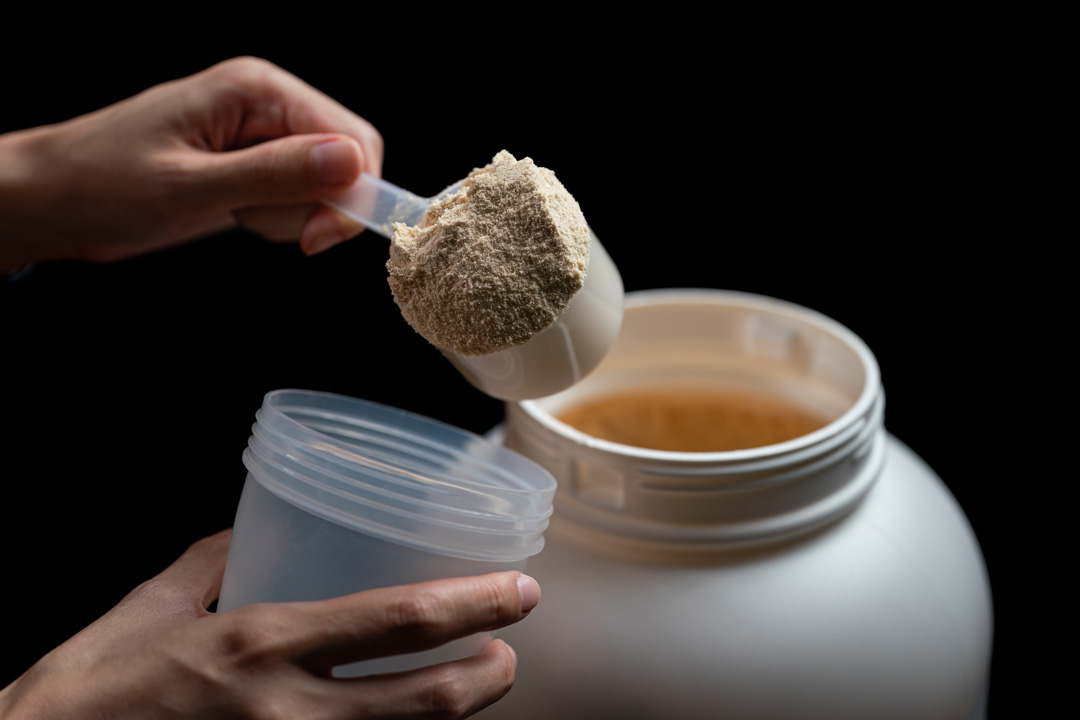 The amino acids in whey protein help the body in a variety of ways. According to McKinley Health Center, the high concentration of leucine aids in preventing muscular tissue breakdown and improves fat reduction. These amino acids also encourage the body to produce more glutathione, an antioxidant linked to improved immune system function.

Weight loss: In one research of 158 participants, those who were given whey “lost considerably more body fat and demonstrated a higher preservation of lean muscle compared to participants ingesting the control beverage,” according to Nutrition & Metabolism.

Anticancer Properties: In the journal Anticancer Research, promising results for the use of whey protein concentrate in cancer treatment were reported. More investigation is required.

Lowering Cholesterol: In the British Journal of Nutrition research, 70 overweight men and women were given whey supplements for 12 weeks, and their lipid and insulin levels were assessed. “There was a substantial drop in total cholesterol and LDL cholesterol in the whey group compared to the casein (group) at week 12,” they discovered.

Blood Pressure and Cardiovascular Disease: According to research published in the International Dairy Journal, whey protein-fortified drinks dramatically decreased blood pressure in hypertensive individuals, as well as their risk of heart disease or stroke.

Reducing Weight Loss in HIV patients: According to a study published in the journal Clinical and Investigative Medicine, whey protein may assist HIV-positive individuals in losing weight.

Amino acids access the brain, energy levels, mood, emotion, appetite, and muscle growth hormone release and they are divided into four categories. When the same class of amino acids coexists with others, they compete for passage through the blood-brain barrier.

A single free-form amino acid will have a larger potency impact when it crosses the blood-brain barrier. When free-form amino acids like Glutamine, Arginine, Tryptophan, Glycine, and the BCAAs are consumed without having to compete with other amino acids in their class, they have been shown to trigger maximum HGH release and boost muscle development rate. The following are the amino acids that belong to each of the four classes:

The amino acid composition of a protein meal influences its biological value. Protein meal sources can be combined to provide a PDCAAS 1.0-score full protein grade. Based on the strengths and limitations of its amino acid composition, one protein may have a superior impact when paired with another. Only three protein amino acid profiles have received a perfect PDCAAS score of 1.0 or have been certified as “Complete.”

Soy, Whey, And Egg Whites are “Complete Proteins.” “Protein Digestibility Corrected Amino Acid Score” stands for “Protein Digestibility Corrected Amino Acid Score.” It can be argued that whey protein should be consumed during strength or speed training cycles, and soy should be consumed during endurance cardio training cycles, with a carbohydrate to protein ratio of 3-4 to 1 and total dietary protein of 1.7 grams during speed/strength training and no more than 1.4 grams/kilogram body weight during endurance training cycles.

Only minimal amounts of protein should be consumed during exercise to help offset protein losses caused by activity. The athlete must have a big protein meal of 40 grams with 120-160 grams of carbs during the first 30 minutes after exercise to replenish lean muscle mass reserves for recovery and muscle development. It is not required to consume more than 1.7 grams of dietary protein per kilogram of body weight.

It raises the risk of elevated nitrogen, ammonia, urea, dehydration, and heightened symptoms of malaise resulting from nitrogen poisoning, putting the liver and kidneys under stress. More isn’t always better, but finding the right balance is.

Can You Have Whey Protein Powder During Pregnancy?
What Protein Drinks Do Not Have Artificial Sweeteners?
Top 12 Reasons Why Grass-Fed Whey Protein Is The Best For Your Body
2022-05-15

Thank you for subscribing.

we respect your privacy and take protecting it seriously

Whey Protein Us (wheyproteinus.com) is not designed to diagnose, treat, cure or prevent any disease. Whey Protein is not a sole source of nutrition and should be consumed in conjunction with an appropriate physical training or exercise program and a healthy diet.

WheyProteinUs.com is a participant in the Amazon Services LLC Associates Program, an affiliate advertising program designed to provide a means for sites to earn advertising fees by advertising and linking to Amazon.com. As an Amazon Associate, we earn from qualifying purchases.